Solution: Adopted CloudBees CI to support CI and CD process automation, improve security and lay the groundwork for moving to the cloud

In Their Own Words 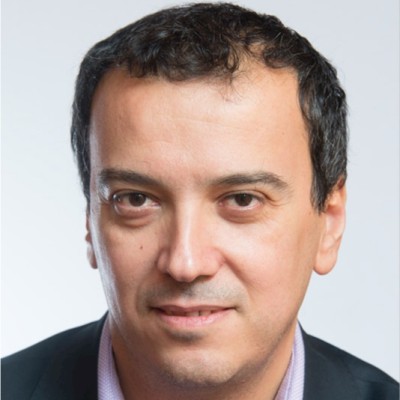 “We are deploying products seven to 10 times faster. Some deployments that took hours are now taking minutes."

The software development teams at BNP Paribas CIB play a critical role at the bank, helping to build and update a wide range of applications, from customer-facing electronic trading apps to ecommerce and payment apps, and more. "It's a big bank with lots of applications, lots of users and high expectations in terms of availability,” says Riad Ghafir, Global Head of Production Factories. The DevOps group in his department supports several thousands of users and more than 800 applications worldwide.

In recent years, the engineering teams in the CIB division have leveraged a broad set of development tools, including a mix of open source, in-house and other legacy technologies and run projects using both waterfall and agile production methods.

Ghafir says that the mixed bag of tools and deployment techniques created operational challenges, causing work to be fragmented into silos and forcing developers to rely on slow, manual production methods. “We needed to strategically transform our organization,” he explains. "We needed a more standardized, scalable and industrialized way of delivering software.”

And while speed was an important factor, it wasn’t the prime motivator behind the organization’s initiative. "Our DevOps initiative was about speeding up delivery and increasing quality, security and stability,” Ghafir says. All of these criteria are essential for the success of a highly regulated, security-banking institution like BNP Paribas.

Ghafir’s group chose CloudBees CI to orchestrate a common software delivery platform across the CIB division. "Since we leveraged a well-known tool within the industry, it was easy to learn and easy to hire people with the knowledge.” The group also liked the fact it could rely on CloudBees for continuing support and take advantage of the company’s strong pipeline of enterprise products.

After designing the platform and integrating it into the banks’ privacy and security infrastructure, the DevOps group ran a series of pilot projects, testing out different types of technologies – including Java, Maven, Python and Docker – and a variety of team structures, from local to globally distributed. "Adopting the platform is not only about adopting a technology,” Ghafir says. "It is more about adopting a way of working.”

Ghafir’s goal was to make the platform completely self-service for developers. "We wanted the platform and the services to be consumed in a digital and self-service way,” he says. "That way, we didn’t need to get involved with each project, although the DevOps team is ready to help at any time.”

The CloudBees CI platform has helped development teams more easily comply with the CIB division’s security rules and has enhanced the platform’s quality and stability, enabling an efficient “industrial platform” for software delivery. "We now have a very clear landscape from a business perspective,” Ghafir says. The improvements, he says, have been especially helpful in 2020 as the organization dealt with the challenges and uncertainties of the pandemic.

The DevOps team works with CloudBees on a weekly and sometimes daily basis, teaming up with specialists and consultants to fine tune the platform. "We are very demanding in our requirements,” Ghafir says. "The good news is that our feedback helps to improve the product.”

"My greatest satisfaction is seeing one our teams use the CloudBees CI platform to deploy a big release for a major application and realizing that the platform helped this team and this business get more clients, generate more profits or get to market ahead of the competition.”

CIB’s IT group is collaborating with CloudBees to launch a DevSecOps initiative aimed at bolstering security by embedding security analysis and testing into the pipeline. The group is also looking to introduce a release orchestration capability to provide an end-to-end view of the pipeline and help speed regulatory reviews.

Finally, the group is moving more operations to the cloud, expanding on its existing internal cloud to include other cloud providers and adopting more containerized and cloud-native applications. "Because CloudBees is already a distributed product, it can be set up in any cloud provider,” Ghafir says. "This will be an enabler for us to move to the cloud.”

Throughout CIB’s DevOps journey, staying focused on the user experience has been crucial. “It’s not only about setting up tools, but also thinking about how these products will be consumed,” says Ghafir. “We have to put ourselves in the shoes of a developer, an ops person or a user and take into account the culture of the different teams and their level of maturity. We must be very open minded and really listen to their feedback. To succeed we need to combine innovation with customer feedback,” says Ghafir. “This is not the end of the journey. We are still on it, and we will continue to be on it.”

Since moving to the DevOps platform relying on CloudBees CI as orchestrator, BNP Paribas CIB is deploying software significantly faster. "We are deploying products seven to 10 times faster,” says Ghafir. "Some deployments that took hours are now taking minutes.”

Deploying software faster and more frequently gives BNP Paribas CIB an edge in the highly competitive global banking sector. "It helps when we can deliver features to the business and to their clients faster,” Ghafir says. "This enables our CIB division to keep up with the competition.”

For those teams that came from a background of using legacy tools with limited access to automation, the move to CloudBees CI "made their life much easier,” Ghafir says. CloudBees CI enables BNP Paribas CIB to accelerate and improve its software development life cycle by embedding a standardized pipeline within the organization’s overall development ecosystem.

"In our development organization, we’re always trying to reinvent ourselves when it comes to software, delivery and innovation,” Ghafir says. "Innovation is in our DNA – and our CloudBees CI platform helps us quickly iterate products and drive innovation.”

The organization’s DevOps pipeline helps align and accelerate software delivery from end to end without adding compliance risk. "The Dev and Ops teams work together, but there are still two different teams,” Ghafir says. "You are not risking the quality of the platform because we still maintain segregation of duties.”

Transformation and Automation: Building a DevOps Culture at Vail Systems