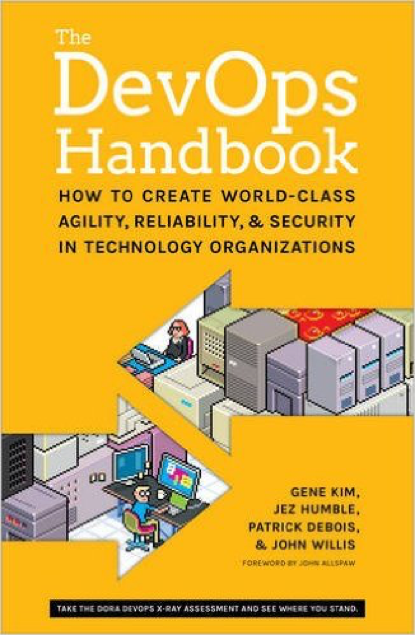 Gene Kim, one of DevOps’ founding fathers, is coming out with a new book, The DevOps Handbook: How to Create World-Class Agility, Reliability, and Security in Technology Organizations . Before Gene’s new book hits book stores and Amazon.com , DevOps Radio sat down with Gene for an early look at what the book will be about.

Most people in the DevOps world know Gene, but for those who don’t, he’s been a leading figure in the movement since he published "The Phoenix Project: A Novel About IT, DevOps, and Helping Your Business Win " in 2013. Before that he was a co-founder and CTO of Tripwire, Inc. He’s an expert on DevOps principles and in this episode of DevOps Radio, Gene and DevOps Radio host Andre Pino dive into how organizations can actually implement DevOps. Gene provides insight into what real business are doing around world with DevOps and shares some of his favorite parts of The DevOps Handbook.

So, what are you waiting for?! You have an inside look at Gene’s new book just a few clicks away. Tune into the latest episode of DevOps Radio: Gene Kim - DevOps by the Book . Join the conversation about the episode on Twitter by tweeting out to @CloudBees and including #DevOpsRadio in your post!