DZ BANK is the second largest bank in Germany.

DZ BANK is the second largest bank in Germany.

DZ BANK AG is the second-largest commercial bank in Germany and the central institution for more than 900 cooperative banks and their 12,000 branch offices across the country. Headquartered in Frankfurt, Germany, DZ BANK maintains branches, subsidiaries and offices in key financial centers and economic regions worldwide.

In Their Own Words

Competition never lets up for DZ BANK. The German bank is constantly battling rivals for a share of the world’s capital markets and goes head-to-head against financial giants in the payment processing arena. More recently a new breed of financial technology (fintech) companies has emerged as a fierce adversary, challenging the bank to step up its technology innovation. "Fintech companies are booming and could outpace us if we’re unable to adapt to the speed of the market,” says Julius von Rosen, Head of Trading Platforms and DevOps Evangelist at DZ BANK.

Von Rosen and his colleague Henning Ehm, Head of DevOps, are key players in efforts by DZ BANK to modernize its IT capabilities. The bank’s IT organization has about 700 employees, with Ehm and von Rosen helping to manage software development and operations as part of the group’s 10-person DevOps team.

If DZ BANK’s software can’t keep up with market demands, Ehm and von Rosen say, it could potentially threaten the bank’s competitive position and its ability to meet intensifying industry regulations. Core to the challenge is the organization’s highly complex development environment, encompassing up to 120 different test environments, hundreds of developers and intricate deployment and release processes.

Until recently, the organization’s productivity wasn’t optimized because it lacked an automated software development and orchestration platform. "Before we had an integrated CI/CD platform from CloudBees, our processes were very manual and quite different from system to system or from team to team,” says Ehm.

The inefficiencies led to growing challenges for the IT team, a fact that became obvious during a large software release of a new trading system. "We quickly realized that it was difficult to coordinate the code with our traditional methods,” says Ehm. "That’s when we started thinking: How can we improve this? How can we solve the pain of development and deployment from the beginning of the process and all the way through to production?” 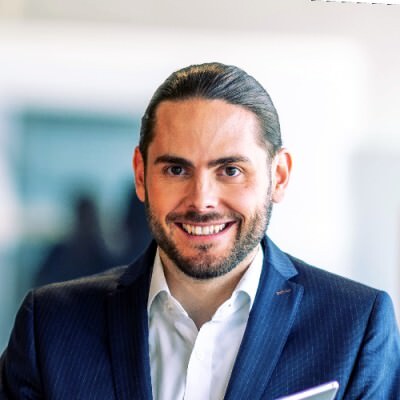 “With CloudBees, we are able to mitigate the pain of both deployments and releases. Having a single solution from CloudBees allowed continuous integration and continuous delivery to be very closely coupled with each other.”

DZ BANK’s move to a standardized CI/CD platform from CloudBees started as a grassroots movement in the IT organization. "It was from the bottom up,” says von Rosen. The DevOps team began by using Jenkins, which helped developers increase the speed of their software projects. These early successes with an open source solution helped DZ BANK gain momentum for its DevOps initiatives but the team quickly realized that an open source approach had limitations and significant maintenance requirements of both cost and time. These realities prompted the team to look for an enterprise-ready software delivery platform that could grow, scale and accelerate with the bank while helping the company meet stringent regulatory requirements.

After learning about CloudBees through the Gartner MagicQuadrant, DZ BANK’s DevOps team determined it was the best fit for its company-wide CI/CD solution. Among other features, CloudBees offered a complete closed-loop platform to orchestrate workflows across the entire development cycle, from continuous integration (CI) and continuous delivery (CD) activities to the final release of applications to end customers. DZ BANK has implemented the CloudBess Software Delivery Automation platform which brings together both CI and CD capabilities to create an end-to-end software delivery solution.

"It was very important to us that we implement a standardized software platform that allows us to automate deployments and also coordinate and manage the release of multiple applications,” says Ehm. "With CloudBees, we are able to mitigate the pain of both deployments and releases. Having a single solution from CloudBees allowed continuous integration and continuous delivery to be very closely coupled with each other.”

Before adopting CloudBees, DZ BANK had a very heterogeneous IT landscape, with development teams running different types of deployment models and processes. With the help of CloudBees, the DevOps teams unified the groups behind a standard set of pipelines serving the entire bank. "This enables us to achieve a high level of standardization around the onboarding of the teams and applications and provides us with better maintainability and efficiency,” says Ehm, adding that the standardized platform makes it much easier to define standards for security, code quality and compliance processes.

After adopting the CloudBees platform, DZ BANK transformed its software development operations, covering everything from integrating and testing code to releasing applications to its end customers. "We are now simpler, faster, more robust and everything is traceable,” says von Rosen. "Although these processes were possible before, they weren’t as easy to execute, not as quick to scale and required a lot more human interaction and coordination between people.”

The DevOps team quickly improved its release cadence. "We noticed that it was now possible to release on a monthly to weekly basis and to do so without requiring any heroic efforts,” says Ehm. "In the past, we were only able to achieve this through a great deal of time, effort and pain.”

By introducing an enterprise CI/CD platform, Ehm says the team now delivers software into test environments and then into production much faster. Development tasks have "shifted left,” allowing developers to act on feedback faster and improve quality by finding and preventing defects earlier in the life cycle.

For DZ BANK, introducing the CI/CD platform is key to strengthening its ability to protect its lead in Germany’s highly-competitive financial services sector. "With CloudBees, we are now able to react more quickly to the market and adapt to changing circumstances,” says von Rosen. It’s no surprise that his team plans to onboard as many new systems as possible onto its CloudBees platform.

Best practices have emerged for DZ BANK as the company has advanced its DevOps initiatives. According to Ehm, it’s important to remember that tools, processes and people are all part of the equation.

"The most important thing is getting started,” says Ehm. "That can be on the CI side, on the CD side, or it can be test automation. Take a system of moderate complexity, with a certain amount of pain, and start solving one of the problems, and then move on to the next. And don’t forget: Technology is only 50% of the challenge. The rest is people.”

"With our new CI/CD platform, the degree of automation is higher, allowing us to reduce the number of people needed to release software into production,” says Ehm. "Consequently, our release frequency went up significantly.”

With the introduction of CloudBees, "developers get direct feedback on the quality of their work, rather than having to wait days or even weeks to know if the software they have developed is working correctly,” says Ehm.

"CloudBees enables our internal and external customers to see their requirements early on in a minimum viable product and enter into a feedback loop with developers at an early stage,” says von Rosen. "No longer do weeks or months go by when we discover that the development has gone in the wrong direction.”

Faster development processes using CloudBees, "increases quality, because the software can be tested much earlier during the entire development process,” says Ehm. "This brings speed for our end customers, but also higher quality.”

With CloudBees, "there is the added bonus that it is quick and simple for third parties to see what goes into production with minimal human interaction,” says von Rosen. "We need to prove that the code goes into production in a very transparent and traceable way to ensure it complies with the regulations we face from the European Central Bank or the BaFin (Germany’s financial regulatory authority).

CloudBees "allows for very fast onboarding and very high transparency for all parties that have responsibility for an application,” says von Rosen. "Changes to that application can now be deployed in a traceable, fast and easy way, at any time of the day or night.”

Faster release cycles have allowed DZ BANK’s internal customers to gain earlier access to their requirements and validate products faster. "This has really increased the satisfaction of our internal customers,” says von Rosen. "And it has had a positive effect on the morale of our developers by allowing them to spend more time writing software and catching errors earlier.”