Up to date CloudBees News and company information 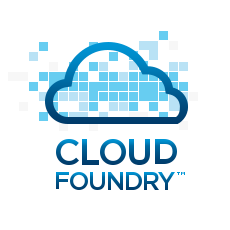 "Our vision is to make it easy for developers to quickly and easily deploy Java and JVM-based applications to the cloud of their choice," said Andrew Lee, vice president of business development, CloudBees. "By providing additional options for runtime targets, we are delivering on our commitment to freedom of choice by allowing our respective users to take advantage of the best possible tools and platforms for their needs. With this integration, CloudBees is first to offer continuous cloud deployment to Cloud Foundry developers by bringing the power of Jenkins-based continuous integration to CloudFoundry.com."

"CloudFoundry.com provides developers increased productivity and agility through a choice of open tools, frameworks and services along with the ability to deploy and scale their applications in seconds," said James Watters, Head of Product, Marketing and Ecosystem for Cloud Foundry at VMware. "We are partnering with CloudBees to offer DEV@cloud for Jenkins-based continuous deployment to CloudFoundry.com to further promote productivity for Java and Spring developers."

CloudBees' announcement marks another milestone in the company's ongoing investment in platform extensibility and its commitment to Jenkins Continuous Integration (CI) as a critical element of cloud-based development for any target deployment environment. CloudBees has made cloud-based continuous delivery easy by using Jenkins in the cloud to manage the development and delivery process.

About CloudBees
CloudBees (cloudbees.com ) turbo-charges the way Java applications are built and deployed to meet the rapid pace of business in an on-line and increasingly mobile world. By eliminating the friction caused by provisioning, maintaining and administering complex hardware and software infrastructure, we streamline and accelerate the entire Java application lifecycle from development to deployment. The CloudBees Platform provides a set of rich services that are easily consumed by developers, allowing them to rapidly build and deploy new business applications with zero IT administrative overhead. Our AnyCloud Service Architecture enables those applications to be easily deployed to any public, regional or enterprise cloud environment. CloudBees serves the needs of a wide range of businesses from small startups that want to focus on quickly creating new on-line businesses to large IT organizations that need to rapidly respond to new business application projects. Follow CloudBees on Twitter (@CloudBees) and on Facebook. You can also try CloudBees for free.

Backed by Matrix Partners and Lightspeed Venture Partners, CloudBees was founded in 2010 by former JBoss CTO Sacha Labourey and an elite team of middleware and open source technology professionals.

VMware and Cloud Foundry are registered trademarks or trademarks of VMware, Inc. in the United States and other jurisdictions. The use of the word "partner" or "partnership" does not imply a legal partnership relationship between VMware and any other company.