The Software Agents is a podcast series sponsored by CloudBees. Each week, we bring you a leader reinventing a different field through software for the new world that is being born. Listen to this week's episode.

Our Software Agent this week is Ludmila (Mila) Pontremolez, CTO and founder of Zippi. Mila returned to her native Brazil after five years of work as a software engineer for Square. Before that, she’d founded a 500 Startups-backed venture. Natalie has a passion for helping the unbanked and underbanked achieve financial stability and prosperity. As big as these problems are in the U.S., they were so much worse in her home country.

In only a year, Mila and her co-founders have taken Zippi from an idea incubated in Y-Combinator to their first product, a weekly loan program for gig workers. It’s based on the idea that for these self-employed workers who need to buy supplies—food, gas, parts—to deliver their services, having a single week’s working capital available makes all the difference.

In only a month earlier this year, Zippi was also able to launch a second product, a weekly credit card that offers flexible small-amount credit, with more control over how the money is used. Zippi’s card arrived just in time for the COVID crisis to push even more workers into the informal economy. Having a credit card to cover a week’s food is even more critical for day-to-day subsistence in an increasingly cashless digital economy.

In this episode, we learn how the product concepts were developed and continue to be refined through a relentless commitment to in-depth interviews with gig workers, coupled with the development of deep empathy for their situations. The financial establishment has proven it focuses on neither.

Mila tells us how vast the informal economy in Brazil is, and explains the brutality of the country’s legacy punitive credit system. Brazilian credit companies effectively blacklist anyone who has ever missed even a $7 payment. They’re unable to get any kind of remotely affordable credit. Talk about cancel culture—these are hardworking people at the bottom of the economy to whom no mercy is shown for one financial mistake.

Mila says this was a software problem to solve. No other credit card system in the world has to do what Zippi does: manage weekly payments, automate weekly installment repayments if customers fall behind and be granular enough in charge approval to distinguish between a customer’s business vs personal purchases—for a food stall operator, molho de pimenta may be a necessary business expense.

The team’s practice of interviewing up to 20 potential and current users every week continually reveals new opportunities for more sophisticated logic to enable more credit to be offered safely for both Zippi and the customer.

Zippi is seriously concerned about their products not contributing to their customers’ burdens. Traditional monthly cards, especially those with usurious interest rates for blacklisted customers, can lead to snowballing debt. One unpaid bill can become an insurmountable mountain of interest payments for years. Zippi’s safety valve: if a smaller weekly bill payment is missed, Zippi automatically implements a weekly installment payback plan to get the customer back on their feet.

We go behind the scenes to learn how Zippi delivered the pilot for the credit card in a month from January to February this year and. It’s amazing: Zippi is just three engineers including Mila—two backend and one frontend and all three have fullstack skills. Upon deciding to shift to the credit card, the loan service was put on autopilot. It had been engineered to mostly run itself, so all three could shift to the new product.

For the credit card pilot, the team had to build a billing engine, a payment reconciliation engine and a WhatsApp integration to meet customers where customers already are.

To get the pilot out quickly, the service is currently a monolithic Ruby on Rails app with a React front end running on Heroku. There are twice daily manual pushes from staging to production with a little CI/test automation, because security, financial logic and compliance checks are too important to automate haphazardly without very careful engineering. Zippi’s near-term priorities are to break the app up a bit with Rails engines and automate the remaining tests and checks all the way to deployment.

It’s a good thing the team delivered the pilot so quickly. Six weeks after its launch, COVID-19 hit Brazil and the team wondered what would happen to their customers and demand. What they’ve seen shows they were yet another software team prescient enough to build something just before the pandemic made it critical. Some people are working more, others are coming into the gig economy after losing jobs or having hours cut and more day-to-day purchases for their businesses and their families need to be made online, requiring a credit card vs. debit or cash.

One customer told the team “Zippi is the only way I’ve been able to put food on the table for my family this week.”

Down the line, Mila envisions Zippi evolving into a holistic platform to manage customers’ businesses—employee management, taxes, etc. They have plans for other Latin American countries with similar workforces. But with what I see around me in Los Angeles - blocks from Skid Row- and with more people everywhere hustling more than ever, the time seems ripe for a whole new approach to credit for people whose income may never again be a predictable salary. 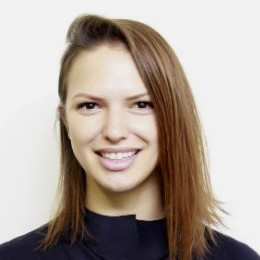