Ask your industry colleagues what Jenkins X might be and you may get different answers. Is it a plane, train or automobile? Is it Jenkins++? Is it the beloved Jenkins Butler on steroids?

If you’re a developer, you know Jenkins and now Jenkins X is perhaps one of the most important emerging technologies for building cloud native applications on Kubernetes. Developers who’ve tested and deployed Jenkins X find the benefits of using the technology for their continuous integration (CI) and continuous delivery (CD) infrastructure invaluable. 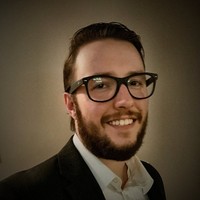 Like many leaders who’ve burned their fingers trying different tools for CI/CD, Lebrasseur had struggles with the software development process using a variety of tools such as Spinnaker, Drone and Terraform. Although some of these CI/CD tools were easy to implement and use, they lacked many basic features.

These tools might have worked for a single project, but Lebrasseur said his team had to work on multiple projects, languages and pipelines. The projects weren’t getting anywhere with the barebones functionality these tools offered. All this changed when Lebrasseur decided to bring Jenkins into the picture.

Jenkins was highly impactful in automating the entire software delivery process and expediting deliveries for his organization. Lebrasseur has never been averse to taking risks and choosing the right CI/CD tools for his business is no exception. In fact, it’s part of the company DNA.

“In the technology world, you have to be nimble to adapt quickly to the changing realities and make the most of what technology has to offer. Taking risks is a big part of this exercise,” he said. Lebrasseur’s team grew quickly from just three to 16 engineers and with that staff came the expectation to move and innovate faster and take risks that translate into competitive advantage.

Simplified Telephony Solutions spent just two-days converting all of its pipelines from Jenkins to Jenkins X.

As an example, Lebrasseur said his team took only two weeks to transition from Nomad to Kubernetes and had used the same for three years when Jenkins X became an attractive option.

While Jenkins gives tremendous flexibility to developers in configuring their CI/CD environment with plugins of their choice, the abundance of plugins can overwhelm small teams working under strict deadlines. Jenkins X makes it easier for such teams to leverage the power of Jenkins with several powerful single line commands and a higher degree of automation.

Lebrasseur noted that he’s followed the Jenkins X project from the very beginning, but could only opt for it when it started offering support for BitBucket. As a result, Simplified Telephony Solutions spent just two-days converting all of its pipelines from Jenkins to Jenkins X.

“We converted clusters...just abandoned ship on everything else and just streamlined our pipelines for every project,” Lebrasseur said. “Everything’s the same.”

While the most significant advantage with Jenkins X had been the ease of usage and its ability to automatically create CI/CD pipelines for all kinds of languages and projects, one can’t forget GitOps. Labrasseur pointed out GitOps and the “ability to recover an entire cluster” within seconds with full history and traceability using a simple rollback.

Jenkins X had Lebrasseur at GitOps.