This blog post is the fifth article in a six-part series on Jenkins configuration as code.

Are you supposed to guess the format? Actually you could. JCasC uses the internal data model of the Jenkins component, and in many cases those are just the exact same ones as the web user interface (UI) form element you used to set. Look at this sample below.

And compare it to the web UI you used to configure manually. 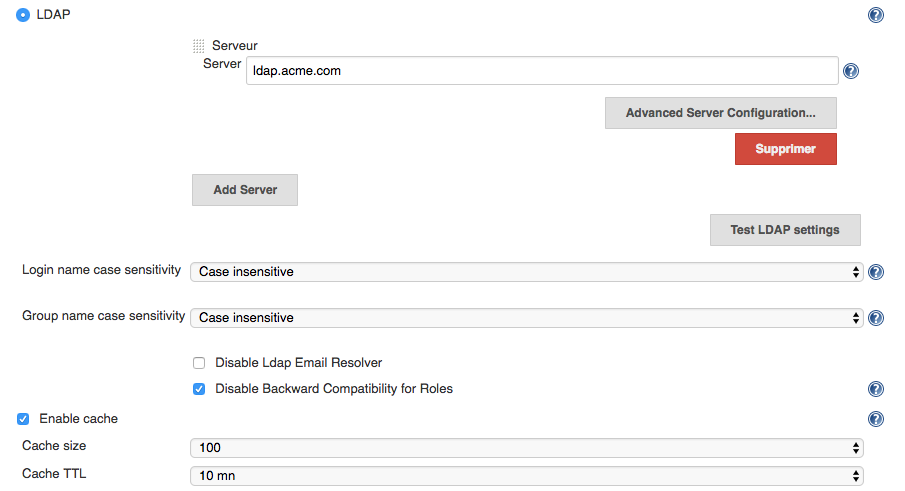 Sound familiar? This is by intent. We consider the web UI as some natural documentation, which ensures you don’t need to study a long reference documentation before you can actually start using Jenkins configuration as code.

Ok, but I still want some doc!

And you’re right. We made our best to make the YAML syntax reflect the web UI, but anyway we still want to produce the reference and exhaustive documentation you can rely on just in case or are in doubt. 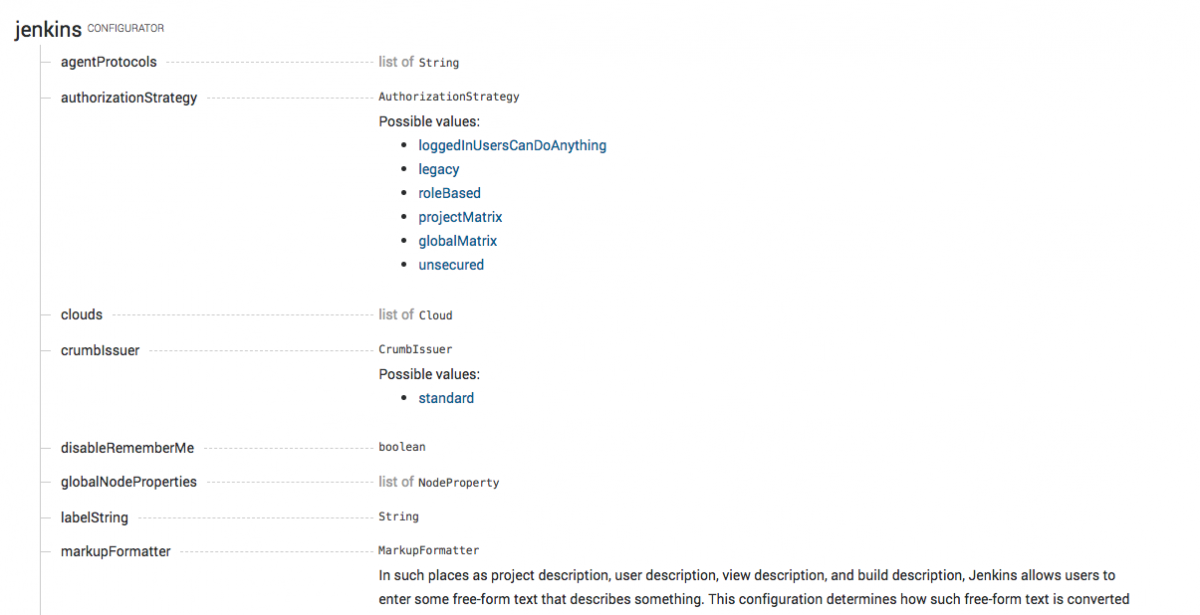 We also generate a Json schema so your IDE or favorite YAML editor can help you write this configuration.

You can read more about the Jenkins configuration as code plugin on the project’s GitHub repository. To chat with the community and contributors join our gitter channel . Or come see us in person at DevOps World | Jenkins World 2018 to discuss the JCasC project and its future!

Also don’t miss next post from the Jenkins configuration as code series...