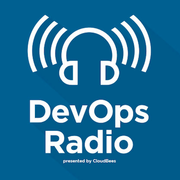 On the latest episode of DevOps Radio , host Brian Dawson is back, joined by DevOps Rising Stars Adam Robertson, head of DevOps, and Kristian Windsor, a DevOps engineer, both from Pinger. Pinger is the software developer of Sideline, an app that enables users to add a second phone line to their smartphone and TextFree, a Wi-Fi texting app.

It's been an eye-opening experience for both Adam as he lead the team to overhaul Pinger's DevOps operation, and Kristian who was recruited by Adam to join his DevOps team. They describe their DevOps transformation in which they almost eliminated manual deployment testing. Code is automatically deployed so that developers don't need to worry about merging it, and there are no tags of dates and sprint names; that's all gone. As a result, Kristian and Adam found new ways to engage their teams on these processes and use this DevOps implementation as a way to convince their engineers to support the new system at Pinger.

The results have been positive so far. With Pinger's DevOps adoption, developers have more time to focus on the things that matter, like developing code. Adam says his main goal when starting at Pinger was to automate processes and start to build seamless pipelines that would allow engineers to focus on what they do best--writing code and features for the product. He spent a lot of time identifying pain points for software engineers and working to create solutions that made their jobs easier.

Adam and Kristian close the podcast by discussing their first web deployment under the new process and how they’ve worked to prioritize communication within their company throughout their overhaul. Adam is a strong believer that communication within a business lets employees know they’re important, which is essential to DevOps success.

Want to hear more conversations like this? Head to the CloudBees’ website to check out our archive of episodes or subscribe to DevOps Radio on Spotify and iTunes to get access to the latest and greatest.