Our Software Agent this week is Natalie Rothfels, product lead for Marketplace at Quizlet.

Quizlet is an online study platform where anyone can generate study sets on topics from French to calculus to emergency medicine, and anyone can use them to test and build their understanding of any subject. Quizlet, which began 15 years ago with the founder sharing his flashcards to ace a French test, today serves 50 million learners a month across 120 countries.

EdTech to the Rescue

While anyone can share and use content on Quizlet, its heaviest use is by parents, teachers, and their students to reinforce classroom learning. Naturally, with the pandemic and associated shifts to online learning and parents and teachers scrambling to find ways to keep kids engaged. Edtech vendors like Quizlet has seen a huge number of new users, massively increased usage, and shifts in usage patterns.

Natalie’s passions are education and languages. As a Chicago high school student, she taught in schools on the South Side of Chicago. Her fascination with how human language connects and divides us led her to study linguistics. She was granted a Fulbright scholarship in Turkey, teaching English and Spanish to adult learners who were headed to foreign medical schools. There, she also did in-depth research on the dying Ladino language brought to Turkey by Spanish Jews fleeing the Inquisition at the end of the 15th century.

But before leaving for Turkey, Natalie happened to work in an office across from Kahn Academy, the nonprofit edtech organization which creates digital K-12 courses used widely in US schools. She’d had little interest in software or technology, yet through conversations with the Kahn Academy team she became fascinated with the potential for edtech. Natalie began using some of the materials herself to re-learn topics in math and other areas that she hadn’t studied since she was in school.

Once in Turkey, she pushed her friends at Kahn to create local materials for other countries. This led to a job in global partnerships for Kahn, finding local content partners to create materials on Kahn’s platform. Natalie then transitioned into a product role, as it became clear that internationalization of educational content is more than just translation or even local content, but an exercise in deeply understanding the context of the countries and communities for which the content is being developed.

After a few years in nonprofit edtech, Natalie became curious about how digital education could work in a for-profit realm. This led her to join Quizlet a few years ago. She was also interested in the dynamics and new possibilities of a user-generated content platform with the scale and history to have a trove of data on student interactions with that content.

While Quizlet started with basic flashcard content, new user-generated sets were leading to answers that required more semantic understanding to grade them correctly. Quizlet has applied machine learning and learning science to roll out features like smart grading, which leverages historical answer data to improve learning. This really excites Natalie as a lifelong educator and linguistics nerd.

Natalie’s focus is a new product line called the Marketplace, which ties directly to big trends in adult learning over the last 10 years which have accelerated due the pandemic’s resulting mass unemployment. Marketplace offers premium “prep packs” in partnership with content experts including publishers and teachers. The packs are guided study paths for what are called “high stakes” certifications—the test to become an EMT, the CompTIA, the GRE.

With more and more adults needing to retrain for new careers as the structure of the economy continues to change over the last decade, access to cost- and time-efficient study programs for these career changing exams is a major issue, in terms of both equity and access. The pandemic has thrust so many adults into unemployment, and many jobs are not expected to come back in the same form or the same demand. The result is an explosion in adults seeking qualifications for career changes, which Quizlet is working to meet.

For Natalie, her work at Quizlet has brought together two passions - education and technology - to fuel the future of learning. Learn more about Natalie and how machine learning is reshaping edtech and the workforce of the future on this week's episode of the Software Agents. 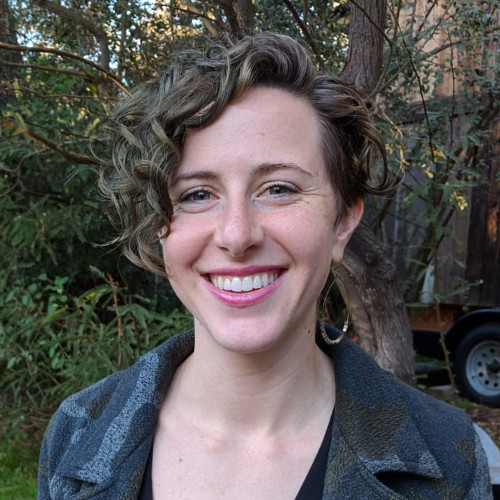