In this episode of DevOps Radio , John Willis, former director of ecosystems at Docker*, shares everything from his experience in the early days of DevOps to his predictions of what the future holds.

When it comes to software delivery, John says he has been “involved in the process forever,” having worked with 10 startups in 30 years. However, he always remained on the IT operations side. Through working with mainframe, distributed computing and hovering around private cloud pre-OpenStack, he became interested in Puppet, Chef and Canonical. While at Canonical in 2009, John heard about DevOps Days , the brainchild of Patrick Debois. He was inspired to organize the first DevOps Days in Mountain View, California soon after, and began orchestrating the process in the states, which has since expanded across the country. This allowed John to meet another DevOps influencer, Gene Kim , and they decided to write the DevOps Handbook with Jez Humble and Patrick Debois. (As a side note, we’ve been lucky enough to have all these folks on DevOps Radio!) 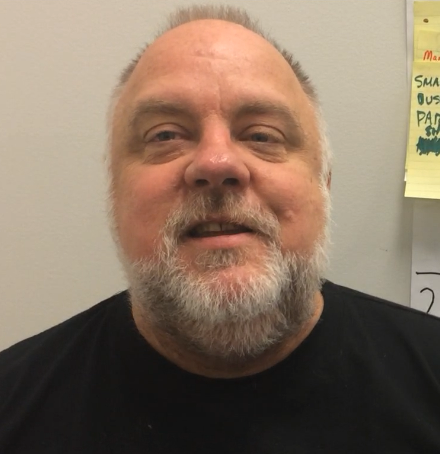 During the episode, John defines a DevOps acronym - “CATS” as culture, automation, tools and sharing –he believes that DevOps is really the convergence of a lot of things that are happening at the same time. One such tool in this process is containers, like Docker. John talks about how Docker is solving multiple problems with one solution by massively scaling the CI process, while also allowing older applications to be containerized. When Docker entered the landscape four years ago and exposed containerization in open source, it made adoption easier for companies. Since then there has been insane adoption of this technology and an explosion in Docker’s popularity. Andre even notes that in the 2015 Jenkins Community Survey results that showed many users incorporating Docker in their stack.

John also predicts in this episode what’s on the horizon for both DevOps and containers. He sees the DevSecOps movement gaining momentum as organizations are finally convincing security people that they are part of the software delivery chain. From here, John says teams should start using static code analysis and vulnerability scan chains, and with Docker, create inheritance of image structures. This would ultimately take applications down to zero defects.

John may try “not to be a fan boy of Docker,” but for all the Docker and DevOps fans out there, please check out this episode and others on the CloudBees website or on iTunes. Make sure you never miss an episode by subscribing to DevOps Radio via RSS feed. You can also join the conversation on Twitter by tweeting out to @CloudBees and including #DevOpsRadio in your post.

Can’t get enough Docker or DevOps? Make sure you register for Jenkins World 2017 in San Francisco, August 28-31, and check out our sessions on containers like, Simplify your Jenkins Projects with Docker Multi-Stage Builds .

*As of July 2017, John is now vice president of DevOps and digital practices at SJ Technologies. Congratulations, John! Reach John on Twitter: @botchagalupe