In our Women in DevOps blog series, you’ll hear from talented women in DevOps. They will share their experiences in DevOps, their thoughts on leadership, lessons learned and also how we can encourage more women to focus on an IT career.

Aubrey Stearn is a force in the DevOps world whose career spans software development and operations. She's worked for a variety of large companies ranging from the hospitality to fast food industries. Today, Aubrey describes herself as an entrepreneur, speaker, coach and transgender woman entrenched in the DevOps culture. She is a firm believer that successful DevOps leaders exhibit humility and understanding of how to empower and enable their teams while also setting a good example, even in the face of failure. 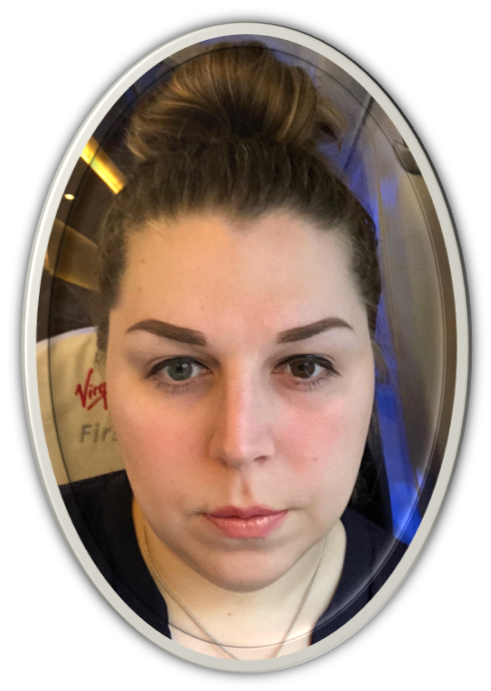 Hello Aubrey! Tell us a little about yourself.

I’m Aubrey Stearn, a technologist at heart. I’ve been a developer and ops person throughout my career. I’d say I’m a developer first and that I’ve been lucky enough to augment my dev experience with ops at some crucial junctures. I’ve worked for a few well-known brands, including Travelodge, Pizza Hut and Arcadia Group, as well as smaller start-up efforts, including my own failed attempt.

What skills are needed to become a DevOps leader?

I’d say humility and understanding how you can best facilitate and enable your team are critical skills. Generally, I look to coach and lead initially while we’re path finding and then I’m all for autonomy. I’m always very conscious. People look to me for guidance on what is and isn’t ok. As a leader, you’re responsible for setting the best example possible. I think culture and cultural shift isn’t something that stops or rests. It’s a continually moving machine that we’re “semi” in-control of. It’s organic, so the best thing we can do is sow great seeds and help them grow into something fantastic. Finally, the optics are fundamental. How we frame failure and how we popularize success all contribute to that culture and ultimately, the happiness and productivity of a team.

I’d give the same advice to anyone generally working in the DevOps industry. Being able to code is fundamental. The ability to parachute into a team as a fungible engineer with minimal ramp-up time on a new stack screams huge value. It’s also worth noting that we’re going through this evolutionary period where developers are learning cloud ops skills. Being able to talk a common language helps.

"How we frame failure and how we popularize success all contribute to that culture and ultimately, the happiness and productivity of a team."

What are some challenges (or one challenge) that you have faced in your DevOps career as a woman?

My challenges have been a little more unique than most women. I’m a transgender woman and have navigated my tech career while socially transitioning to living as the woman I’ve always known myself to be. Being transgender (and a contractor) means that I’ve rebuilt my life and persona surrounded by colleagues and the tech industry. Many people who are transgender transition from the gender they were assigned at birth to live as their affirmed gender. In my case, I transitioned from male to female.

When I decided to transition, it meant coming out professionally and working through physical appearance changes in the workplace. I think I was fortunate because I worked mostly with a remote team, so the office wasn’t much of a daily challenge. Part of my transition also involved changing my name which I decided to do between contracts. I was lucky enough to find a team at Pizza Hut with far fewer leadership demands on me. I was able to work through all the elements of my transition without having to be in an office every day.

Supporting transgender women in the technology industry presents some unique ways that others can be mindful. It’s important to use the person’s preferred name and pronouns. If you make a mistake, apologize and do your best the next time. Recognize that every transgender person transitions in their own way and that there is still a line between one’s personal and professional lives. Don’t ask sensitive questions of a transgender person you wouldn’t otherwise ask any other colleague. Finally, invite transgender women to events for women.

How can women build each other up and support each other in this industry?

Like many professional challenges, women can support each other in many meaningful ways. I’ve had some fantastic women that really looked out for me. You could almost say that every woman I meet teaches me something about how to be a better professional woman. Watching and learning from other women influences me and helps me grow to be a better leader.

Mentoring and pairing is core to any great team, especially when it’s without the pressure of an outcome or deliverable. Reaching out to other women to have lunch or just catch up are easy ways women can make a difference for each other.

Empathy is another key factor. I recently did a podcast with DevSecOps and mentioned that no one else sees the start of our day. We all have stuff we’re dealing with our colleagues know nothing about. All of that can take a toll. There’s an opportunity for all of us to have empathy for each other because none of us knows what anyone else is truly carrying.

I do a fair amount of speaking in the industry. I think this is another great way to expand your skill set, expand your network and learn from others in the industry. Industry conferences are desperate to find and confirm female speakers to strengthen the gender diversity and representation of their sessions. Raise your hand. Submit to call for papers. And, congratulate other women when they step out and present. The same is true for industry awards. Submit yourself. Submit your team. Celebrate your accomplishments and those of other women.

"You could almost say that every woman I meet teaches me something about how to be a better woman."

What can we do as an industry to encourage more gender diversity?

As a general point of view, I wish a lot more women would apply for more open positions. I still see a lot more men than women applying. This is a little frustrating given how new the area is. There are tremendous opportunities many women aren’t stepping into. It still feels like magma to me and we're only just seeing the crust forming. The way women will strengthen and grow influence in the industry is when more of us step out and step up.

"The way women will strengthen and grow influence in the industry is when more of us step out and step up."

I've learned this personally and I've found that women are fantastic at creating a nurturing environment when they aren't having to play up to male-dominated environments. We're fusing together two silos that have had their own different cultures for a long time. That means each one comes with its own baggage and history. Creating an open, learning and welcoming culture is something we're exceptionally good at. This is a strength, not a weakness.

How can we respond to gender discrimination in the workplace?

When it comes to discrimination in the workplace, I don't have a lot of tolerance for it. I do feel like the upstream is very important. Where did it come from? Was it genuinely from a place of malice or was it just misguided and something to work through? I don't like to write people off. I'm conscious that confrontation is sometimes not the right approach if we want to improve a situation or ask someone to open up and learn wholeheartedly. I evaluate each case on the facts presented and then course correct collaboratively. Ideally, it would never happen, but if it does, hopefully, we can take steps to make sure it doesn't happen again.

What does career success mean to you?

Career success means being the CTO or running an incubation lab with phenomenal people. The more I think about where I want to go, the more I realize there are a whole bunch of talented, smart, awesome people that I'd love to work with. I think, right now, I'm entirely focused on my contracting career and the majority of that is the Aubrey Stearn brand. Sometime in the future, it will be time to get my hands into something bigger and more meaty with a bit of a legacy to it.

What set you on the DevOps career path?

I think I naturally fell into DevOps because I'd worked heavily in both Dev and Ops, so it made sense. I had done some pioneering stuff in the Windows space before moving to the *nix world. I will always embrace a new challenge and just recently did some work on Azure, Powershell Core from Linux to Windows incorporating ChatOps. I'm always willing to do something I have zero experience in or that's a little outdated in my skill set. I'll still be the first person to vocalize that too because I need to lead by example when it comes to being open about learning and dropping the requirement to pretend.

"If you can become a leader in your space, then you get to sew those cultural seeds of change personally and watch them grow. That's something that I think we should all aspire to do."

Things are getting better for women. For transgender men and women, maybe we aren’t quite there yet. However, if you can become a leader in your space, then you get to sow those cultural seeds of change personally and watch them grow. That's something I think we should all aspire to do.