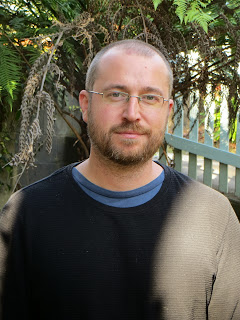 Here at CloudBees, we have a lot of really talented developers. You may or may not have interacted with them, but they work hard behind the scenes to keep the CloudBees Platform as a Service (PaaS) up-to-date with all the latest and greatest technologies, gizmos and overall stuff that makes it easy for you to develop amazing software.

For our last Meet the Bees blog, we were in Ireland with Stephen Connolly. This week, we go to Australia (virtually, unfortunately) for some cross-pollination with Michael Neale...

Michael is an open source polyglot developer. For his sins, he spent time at JBoss working on the Drools project and then Red Hat, where he continually caused trouble on various projects. Michael was one of the co-founders of CloudBees, seeing great opportunity in cloud technologies. His interest in the cloud is natural, as he is attracted to disruptive technologies. He is active on the speaking circuit at various technology conferences and other engagements around the world. Michael lives and works in the (http://en.wikipedia.org/wiki/Blue_Mountains(NewSouth_Wales)) *, is married and has two kids and a poodle. He has no hobbies, as his hobbies tend to turn into work anyway. Mic's motto: "Find something you love doing, and then you will never work a day in your life again."

G’day Mate! Tell us, what is your role at CloudBees?

I am a bit of a generalist - I mostly spend my time on the RUN@cloud side of the house these days, jumping from project to project (have been known to do just a little with Jenkins, too). I also like to blog a lot and encourage people to try out new technologies (for example - advocating functional programming and microservices http://lambdaunderpants.com - yes, there are real underpants too).

What are some of your best tips for developing or testing apps?

I am a big proponent of microservices - breaking an app down, where you can, into services that do just one thing and do it well. It makes deployment and testing easier. In general - keep the apps small.

As I work from a home office - I like to start my day with a walk or some time at the gym. However, I do tend to sync my time around overlap with other CloudBee'ers** in other time zones (early morning I work with folks in the US, late afternoon/evening with people in Europe as they wake up - the middle of the day is my time). 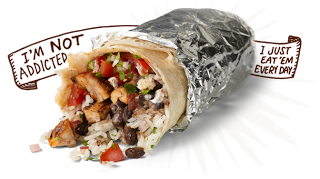 Burritos. They are a wonderful food. Unfortunately, living in Australia - getting a good burrito is not easy, or nearly impossible.

*The Blue Mountains are often described as Australia's "Grand Canyon" - only it is a very large area, mostly jungle-like (waterfalls) and has many more venomous snakes and spiders and fires and things - but it is lovely - honest!

**We're pretty sure Mic was trying to work in a reference to beer here, something else he sometimes syncs his day around (along with partner-in-crime Ben Walding)!