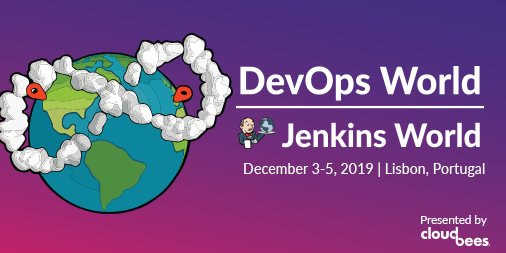 You have been tasked with managing the Jenkins instance for the highest-grossing mobile game in the world. You learn that this involves helping the game studio iterate their work against eight different target platforms, each with their SDK, on four different main pipelines, plus a lot of extra auxiliary jobs. And, of course, the studio wants all of this to go smoothly, in order to maintain a good pace of features and bug fixes for every release - a release happening every two weeks. Hitting hundreds of millions of players worldwide.

How are you going to make sure that the environment stays correctly configured, with the right versions of the required software; helping the studio maintain stability and scalability of their pipelines; ensuring operability of the Jenkins instance; improving the speed of the builds month after month?

It’s OK to sweat. You are going to need some help!

This is just a regular day in the office for a build engineer working at King. Facing a very broad problem, with high-quality standards and even higher stakes. Thankfully, we are not alone. We have access to a lot of tools - either open-source tools, tools developed by the studios or tools developed by our stellar build infrastructure team in Barcelona - to help carry us all the way to the publish line. We put all of these tools together, and by their powers combined, we provide fast, easily operable workflows for the studios, cutting minutes here and there, ensuring the features a smooth sail from dev to controller to release.

I will explain all of the tricks we use at King to speed builds up and to make Jenkins operation easier for our studios on December 4, 2019, at DevOps World | Jenkins World Lisbon . (If you haven't registered for the conference yet, click on this link and use JWFOSS for a 30% discount on the registration fee.)

For now, let's take a look at some of them.

We use on-premise elastic infrastructure, spawning machines from certain templates whenever they are needed. This means that for every build, we are getting a fresh environment - no intermediate artifacts leftover or anything of the sort, which is good. That also means that we need to clone our repositories and compile everything every time, which is bad. However, we have solutions to these two problems.

We make full use of linkclones/snapshots when spawning a VM. Every night we run a bootstrapper that will power on the base image and perform whatever operations we decide on it, before turning it back into a template and re-creating the snapshot. In the case of Candy Crush, we update our caches, and this helps us cut some time off of git clone and compilation. We call this bootstrapper “cacheo”. It looks more or less like this:

Every studio can specify on which templates will cacheo run, and what will it do in each of them. Maybe you want to make sure your Android license is on point. Or download some packages from Artifactory. Perhaps pre-load your Gradle dependencies. Whatever it is, cacheo does it for you and updates your base images every night.

One of the most common uses is to pre-fill a local git cache, and when doing so, the improvement is very visible, especially on Windows:

This means, speeding up source code fetching by 55% on Windows, on average. That is a LOT!!

All of our major games use the same engine; we bring this code in by means of sub-modules. This means there is a big bunch of shared code that needs to be compiled and linked whenever we build the game. And it's not rare that this shared code is bigger than the actual game code! Thankfully, the engine team lent us a hand, and they developed a way to package the compiled shared code. Normally, the game code lives alongside a specific version of the shared code, which doesn't get updated too frequently. Sometimes once a month, sometimes to grab a hotfix. This translates to us potentially compiling the exact same shared code for quite some time, every time we build the game. Thanks to these prebuilt artifacts, we are able to skip a huge part of the compilation, at the cost of a simple Artifactory download.

Thanks to these prebuilt libraries, we are able to skip a big chunk of the compilation, and it builds up really quickly! Iterative work on several branches, as long as they have the same engine version, gets sped up in noticeable ways. There are, however, specific cases when we do choose to build the shared code regardless, such as when we build release candidates for instance.

Just so you get an idea, times on this table are on average:

Operating Jenkins can be quite complicated. Talk about “Tell me something I don’t know”, right? And with so many moving pieces (elastic infrastructure, plugins, dirty workspaces), it might not be easy for everyone to run specific maintenance tasks. We have a lot of small pipelines, created by the build infrastructure group, that we can use to diagnose and work around certain errors, as well as gather useful information that might be otherwise difficult to find. These pipelines do things like printing all the installed plugins, deleting offline on-demand agents, cleaning disconnected VMs from vSphere, or re-run puppet in a specific Jenkins instance. And any user can run these jobs, there is no need to be an admin. This allows the team to unblock themselves if they need to by using these jobs. Here's one that I particularly like. How many times have you modified a pipeline and, when trying to run it, the first thing that happens is that Jenkins says that it needs approval?

The best part? All our Jenkins instances include these jobs, by default, so no one misses out on the fun.