In a previous series of blogs, we covered how to use Docker with Jenkins to achieve true continuous delivery and improve existing pipelines in Jenkins.

The CloudBees team and the Jenkins community have now also created the Kubernetes plugin , allowing Jenkins slaves to be built as Docker images and run in Docker hosts managed by Kubernetes, either on the Google Cloud Platform or on a more local Kubernetes instance. These elastic slaves are then brought online as Jenkins schedules jobs for them and destroyed after their builds are complete, ensuring masters have steady access to clean workspaces and minimizing builds’ resource footprint.

What is Kubernetes and the Google Container Engine?

Kubernetes is an open-source project by Google which provides a platform for managing Docker containers as a cluster. Like Jenkins, Kubernetes’ orchestrating and primary node is known as the “master”, while the node which hosts the Docker containers is called a “minion”. “Pods” host containers/services should on the minions and are defined as JSON pod files.

As the demand on a Jenkins master increases, often so too do the build resources required. Many organizations architect for this projected growth by ensuring that their build/test environments are fungible , and therefore easily replaced and templated (e.g. as Docker images). Such fungibility makes slave resources highly scalable and resilient should some go offline or new ones need to be created quickly or automatically.

Kubernetes allows Jenkins installations to leverage any of their Docker slave images as templates for on-demand slave instances, which Jenkins can ask Kubernetes to launch as needed. The Kubernetes plugin now supports launching these slaves in any Kubernetes instance, including the Google Cloud Platform’s Container Engine.

Once a Kubernetes Pod running the slave container is deployed, the Jenkins jobs requesting that specific slave via traditional labels are built inside the Pod’s slave container. Kubernetes then brings the slave’s Pod offline after its build completes. 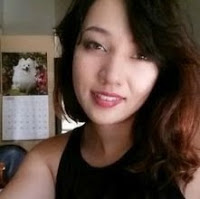 Tracy Kennedy is an associate product manager for CloudBees and is based in Richmond.