This is part of a series of blog posts in which various CloudBees technical experts have summarized presentations from the Jenkins User Conferences (JUC). This post is written by Jesse Glick, software developer, CloudBees, about a presentation given by himself and Kohuske Kawaguchi, as well as a session given by Alex Manly, MidVision. Both sessions are from JUC Boston.

At the Jenkins User Conference in Boston this year, Kohsuke and I gave a session Workflow in Jenkins where for the first time we spoke to a general audience about the project we started to add a new job type to Jenkins that can manage complex and long-running processes. If you have not heard about Workflow yet, take a look at its project page , which gives background and also links to our slides. I was thrilled to see the level of interest and to hear confirmation that we picked the right problem to solve. 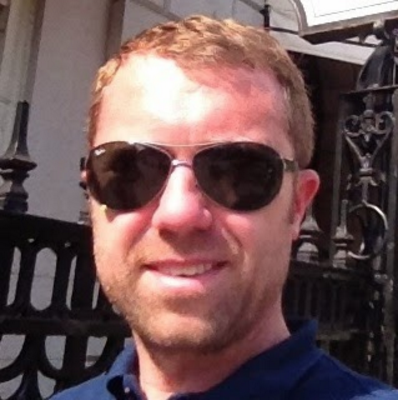 A later session by Alex Manly of MidVision( Stairway to Heaven: 10 Best Practices for Enterprise Continuous Delivery with Jenkins ) focused on the theory and practice of CD, such as the advantages of pull (or “convergent”) deployment at large scale when using homogeneous servers, as opposed to “pushing” new versions immediately after they are built, and deployment scenarios, especially for WebSphere. Since I am only a spectator when it comes to dealing with industrial-scale deployments like that, while listening to this talk I thought about how Workflow would help smooth out some of the nitty-grittyof getting such practices set up on Jenkins.

One thing Alex emphasized was the importance of evaluating the “cost of non-automation” when setting up CD: you should “take the big wins first,” meaning that steps which are run only once in a blue moon, or are just really hard to get a machine to do exactly right all the time, can be left for humans until there is a pressing need to change that. This is why we treated the human input step as a crucial feature for Workflow: you need to leave a space for a qualified person to at least approve what Jenkins is doing, and maybe give it some information too. With a background in regulatory compliance, Alex did remind the audience that these approvals need to be audited, so I have made a note to fix the input step to keep an audit trail recording the authorized user.

The most important practice, though, seemed to be “Build Once, Deploy Anywhere”: you should ensure the integrity of a build package destined for deployment, ideally being a single compressed file with a known checksum (“Fingerprint” to Jenkins), matched to an SCM tag, with the SCM commit ID in its manifest. Honoring this constraint means that you are always deploying exactly the same file, and you can always trace a problem in production back to the revision of the software it is running. There should also be a Definitive Software Library such as Nexus where this file is stored and from which it is deployed. One important advantage of Workflow is that you can choose to keep metadata like commit IDs, checksums, timestamps, and so on as local variables; as well as being able to keep a workspace (i.e., agent directory) locked and available for either the entire duration of the flow, or only some parts of it. This means that it is easy for your flow to track the SCM commit ID long enough to bake it into a manifest, while keeping a big workspace open on a slow agent with the SCM checkout, then checksum the final build product and deploy to Nexus, releasing the workspace; and then acquire a fast agent with a smaller workspace to host some functional tests, with the Nexus download URL for the artifact still easily accessible; and finally switch to a weak agent to schedule deployment and wait. Whereas a setup using traditional job chaining would require you to carefully pass around artifacts, workspace copies, and variables (parameters) from one job to the next with a lot of glue code to reconstruct information an earlier step already had, in a Workflow everything can remain in scope as long as you need it.

The biggest thing that Alex treated as important which is not really available in Workflow today is matrix combinations (for testing, or in some cases also for building): determining the effects of different operating systems / architectures, databases, JDK or other frameworks, browsers, and so on. Jenkins matrix projects also offer “touchstone builds” that let you first verify that a canonical combination looks OK before spending time and money on the exotic ones. Certainly you can run whatever matrix combinations you like from a Workflow: just write some nested for -loops, each grabbing a agent if it needs one, maybe using the parallel construction to run several at once. But there is not yet any way of reporting the results in a pretty table; until then, the whole flow run is essentially pass/fail. And of course you would like to track historical behavior, so you can see that Windows Java 6 tests started failing with a commit done a week ago, while tests on Firefox just started failing due to an unrelated commit. So matrix reporting is a feature we need to include in our plans.

All in all, it was a fun day and I am looking forward to seeing what people are continuously delivering at next year’s conference!

Jesse Glick is a developer for CloudBees and is based in Boston. He works with Jenkins every single day. Read more about Jesse on the Meet the Bees blog post about him.