CloudBees was recently named Best in Show for DevOps in the SD Times Top 100 . I had the opportunity to sit with the editors of SD Times to discuss what's unique about CloudBees's solutions, and how the innovation of CloudBees Flow advances DevOps. Read my interview with SD Times below. You can also download the full issue of the SD Times Top 100 supplement here . 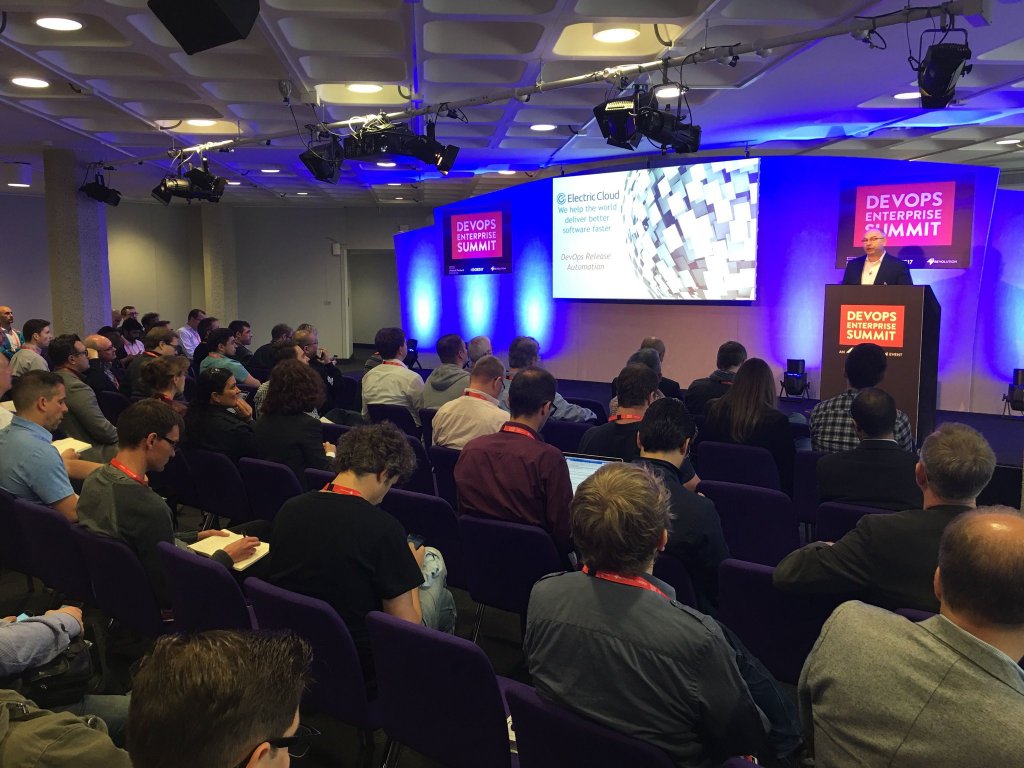 In today’s digital age, a lot of business innovation is driven by software. To win, serve and retain their customers, organizations must release application updates at an increasingly faster pace. Large enterprises find they have to compete with Silicon Valley unicorns to stay relevant, and are encountering unique challenges as they strive to release faster—while ensuring quality, compliance and security. Some of the largest enterprises in the world use CloudBees’s end-to-end DevOps Release Automation platform to transform their software releases from a laborious, slow, risky and painful process— to a competitive advantage. “Global 2000 companies face disruptive threats, and the only way they can compete is to deliver software innovation faster,” said Steve Brodie, CEO of CloudBees. “We’re automating and accelerating the entire software delivery pipeline from developer check-in to production release, and doing it in a way that recognizes the challenges large enterprises face.” CloudBees’s award-winning products include CloudBees Accelerator, which accelerates CI builds and tests, and CloudBees Flow, which speeds and simplifies DevOps Application Release Automation (ARA). The company’s industry leadership has been recognized by market research firms including Gartner , Forrester, and Ovum. CloudBees was included in the DevOps category of the SD Times 100 for its commitment to innovation. The company continues to break new ground so large enterprises can dramatically accelerate and scale their DevOps initiatives, providing shared visibility and control over enterprise DevOps tools, application releases and Continuous Delivery pipelines.

CloudBees Flow enables teams to model their entire “Pathway to Production.” This encompasses all the toolchains, applications, environments and processes, involved in the various stages of software delivery. By modeling the entire release pipeline and providing orchestration and tight integration between all the tools and processes, CloudBees Flow eliminates manual handoffs, configuration drifts, and bottlenecks in the pipeline. This end-to-end automation and visibility into the entire delivery cycle—together with powerful deployment automation and release management features—enable enterprises to release software faster, with better quality and less risk. Ops and Release teams now have confidence as code is promoted into later stages in the life cycle. The organization also benefits from security controls, easy auditability, and visibility into the entire release progress. Focusing on the needs of large enterprises, CloudBees Flow is proven to support the massive load and scalability that today’s enterprises require. “Enterprises need to do ARA at scale and support really complex environments. They may have a lot of traditional enterprise apps, modern Docker container deployments, microservices apps, mobile apps and web apps,” said Brodie. “Many of our customers standardize on our platform as a shared service across the entire organization — they need to support tens of thousands of developers, some do more than 10,000 product releases a year, deploying to 150,000 end points or running 100,000 builds per day. CloudBees Flow is one of the few DevOps ARA offerings that can scale so reliably that it can be used as a standard across an entire organization for such demanding enterprises.” CloudBees Flow’s extensible plug-in model supports all the tools DevOps teams use. Hundreds of plug-ins and the plug-in SDK make it easy to integrate any tool chain, technology stack or cloud resources into a pipeline. In addition, everything that can be done in the GUI, can be done using CloudBees’s robust Domain Specific Language (DSL), extensive APIs and command line. This allows for extensibility and flexibility, enabling teams to develop their “Process as Code”—so their automation processes are versionable, extendable, and easy to scale when onboarding large amounts of applications or new teams. CloudBees Flow also offers a Community Edition that is free to use for up to 10 nodes, enabling users to experience the power of the platform at no charge.

The new version of CloudBees Flow is the industry’s first and only end-to-end DevOps platform to provide native, push-button support for advanced deployment strategies , including Blue/Green, Canary, and Rolling Deployments. That way, IT can deploy mission-critical applications frequently and reliably at scale, and avoid service interruptions. The new capability makes it even easier for large enterprises to keep pace with industry disruption. By replacing cumbersome scripting and complex, ad hoc and high-risk specific workflows with a model-based approach and intuitive GUI, CloudBees Flow makes it easy to configure and reuse Rolling Deployments across many releases and pipelines in the enterprises. “We have customers in the financial services or security sectors that have to guarantee zero downtime to their end users, or finish deploying a new release across very large clusters in under two hours because that’s the maintenance window they’re allowed,” said Brodie. “We wanted to give large enterprises—the ‘horses’—similar capabilities to what the ‘unicorns’ have. By making Rolling Deployments fully automated, error-free, and simple to use, we’re enabling organizations to deploy like Netflix or Etsy, without the heavy scripting and management overhead.”