I don’t know if it’s normal that I write a blog post about our sales kickoff even though I’m not in sales, but maybe it’s good to hear a different perspective. We’ve all had those meetings that stand out, the meetings that make you think - that’s what this year’s event was for me. It was a moment. Our team went above and beyond with five customers, four alliance partners and nine channel partners - plus, you know, the whole CloudBees sales team and more! We had learning tracks, break-off meetings and had a lot of fun along the way.

We’ve all heard from customers - typically separately - but it was really cool to hear each of their unique stories and then all of the similarities that came out as they spoke together. It’s not lost on me that working for CloudBees doesn’t mean we just sell software, we make an impact. Our customers aren’t just buying our software, they are also making an impact. It goes so much further after the sale. Cheryl Razzell, Global Head of Digital Platform Operations at HSBC , describes this point exactly: "What CloudBees is doing really impacts your customers, and then our customers. My customers are our developers, but they're also end users of HSBC's mobile app technologies, and our HSBC customers. So, what you are doing is impacting so much more It's our customers, customers, too."

And going in my theme, we all also heard from our alliance partners. We heard from AWS , Google Cloud , Microsoft Azure and Pivotal. And our teams learned the value of being aligned with what they bring to the table for our current and potential users. If someone isn’t currently talking cloud, they’ve probably at least thought about it.

Nima Badley who spoke from Pivotal said, “There is an old proverb that says you can go fast if you go alone, but go far *if* you go together. CloudBees aptly demonstrated this during their Sales Kick Off by inviting Pivotal, Microsoft, Google and Amazon to collaborate on how we can work better together. Reinventing the modern enterprise requires like-minded companies like CloudBees and Pivotal working together to fully realize the benefits of cloud-native application patterns and DevOps-focused transformations.”

Treating our partners as coworkers

We treat our channel partners like part of our internal team, so they were able to learn along with our own sales team, join meetings, and just get involved (I’m pretty sure they had a lot of fun, too). So, several of our top channel partners across North America (yes, not everyone wants to jump on a plane to Vegas to travel across the world!) joined us last week. They were part of our learning tracks where other CloudBees teams joined to educate their fellow Bees on what they should know across the stack. CloudBees has a really modern view on channel partners. It makes a huge difference to form lasting relationships with the people you don’t see daily, so it was a great opportunity for both sides to network and learn together.

Farhan Hussain with Axcelinno explained, “It’s just great to get to see everyone you talk to on the phone in person. And it’s even better to be included in the tracks to learn together and collaborate with the team. I’m really glad CloudBees makes us part of their SKO, it's a valuable and memorable experience for us.”

We had a fantastic, and when I say fantastic, I mean enthusiastic, moving, and just really great speaker named Ben Zoldan . Ben talked about being genuine not just when we get home but with everyone. Early in his career, he worked for a comically informal CEO who was nonetheless wildly successful at closing deals. Years later, Ben explained at the end of his talk, he caught up with his former boss, who told him, “People say I get to be this way because I’m the CEO. They’ve got it backwards. I got to be CEO because I learned I could be this way.” This is a valuable lesson for sales people, and really anyone in general, but I think it hit home with several folks. Ben’s session was very moving, and I saw many of my usually “tough” colleagues getting very emotional. It was definitely a bonding experience no one wanted to leave. 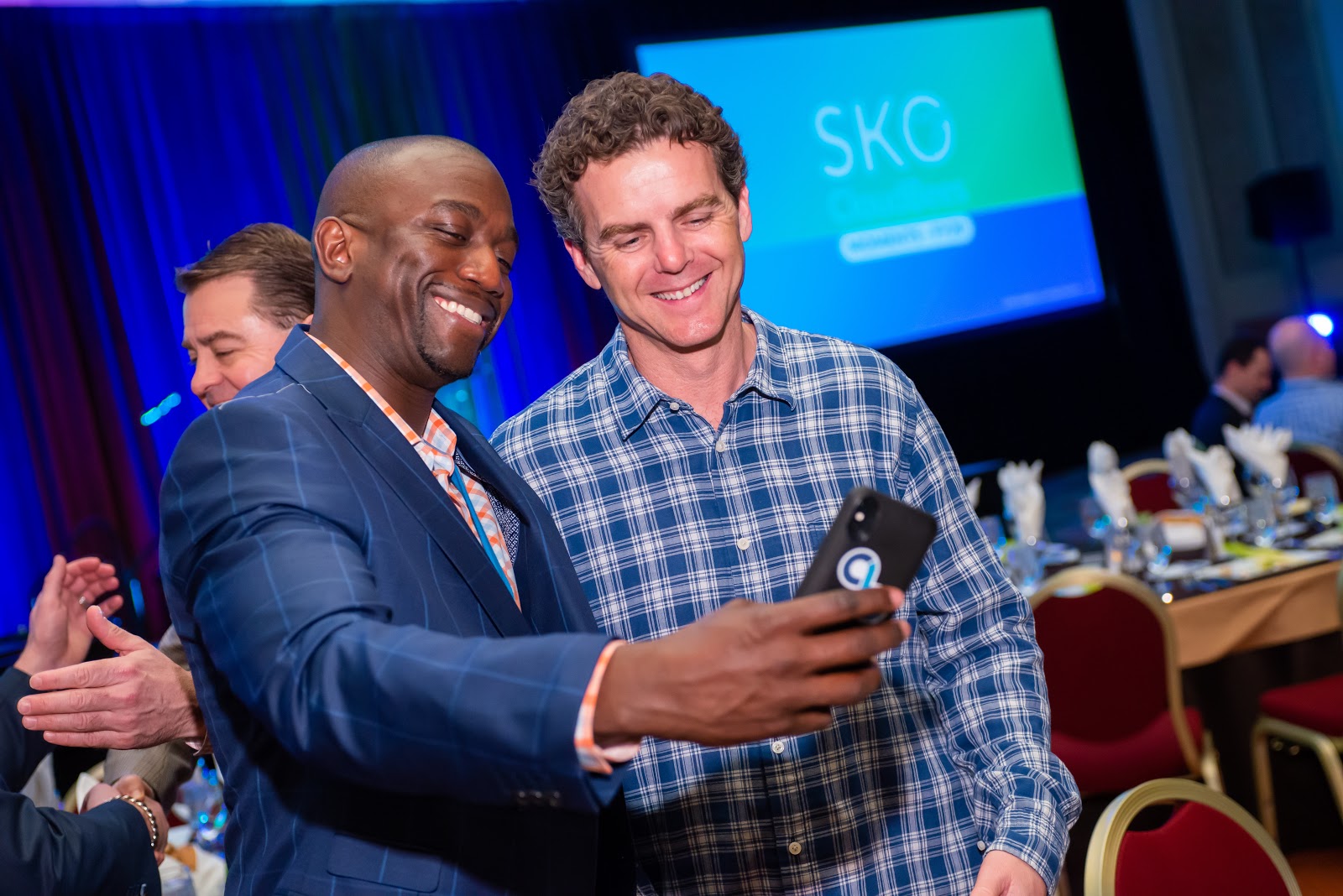 There are certainly more than a few things I learned during this year’s SKO. One being that some people use old pictures as profile pictures on Slack and Google (thank goodness for that headshot station at SKO), but something more important being that everyone really just wants to learn from each other. And as much as we’ve proven that everyone doesn’t have to work in the same office, time zone or even the same country to collaborate and get along, there are some things that only come up when you spend time face-to-face talking about whatever comes up. Whether it’s hearing about someone on the West coast doing great with their sales number or someone in sales enablement making a difference for the entire team, we all learned something we might have missed via an email otherwise. I learned that you don’t have to be in one hive to be a quality Bee in CloudBees.

We also enjoyed a great night out - I’ll say I was exhausted before going, but once the night started, I didn’t want to leave that, either. The whole team gathered together, people who were once just coworkers showed their musical talents, and we had a great time. I remember this being awesome last year, but you can forget just how cool your coworkers are when you don’t see them every day. Yes, there are pictures .

My takeaway after three days - at CloudBees' SKO, we had an experience that's rare today, but it's becoming more common. We're a very distributed company, so it's really nice to get together as a team for one common mission - to learn from each other. We learned, we had fun and we became even more of a team - just like that. Feel free to join the ride .